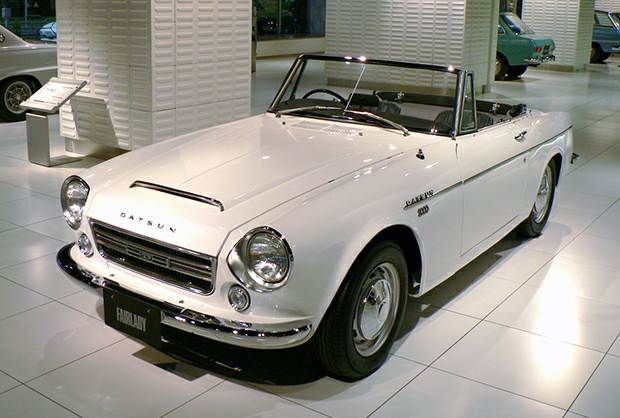 This late 1960s roadster, advertised as one of The most collectible cars right now on Yahoo! features an infectious, throaty engine and a petite, curvy body as the spirited predecessor to the Nissan Z line. The introductory year was produced in small numbers. A brand new Datsun 2000 sold for about $3,000 in 1967. The closely related 1968 Datsun 1600 sold at Gooding and Company's Amelia Island auction for over $50,000 in March.